Ballroom dancing made easy and fun! With Poty’s unique teaching style, the guests at Magic Costa Blanca hotels learn to swing, rock, fox-trot and mambo in record time! Developed in 2008.

This new animation concept is part of a larger project developed by MPE called “Hobby Workshop”, which came into being as an alternative to the hotel animation projects under way to date. “Hobby Workshop” is a marketing concept applied to the hotel industry that can make the need for animation of today’s vacation complexes an added value for building customer loyalty by ensuring that the customers, after their stays, are the ones who contact the hotel (and not vice versa) and maintain that contact over time because it has become the nerve center of their hobbies and interests.

This idea was understood and developed jointly with the Magic Costablanca hotel chain. This collaborative effort produced the “Magic Project” and this “Magic Dance Studio”, which was established in the hotel chain as a part of its “Edutainment” program. 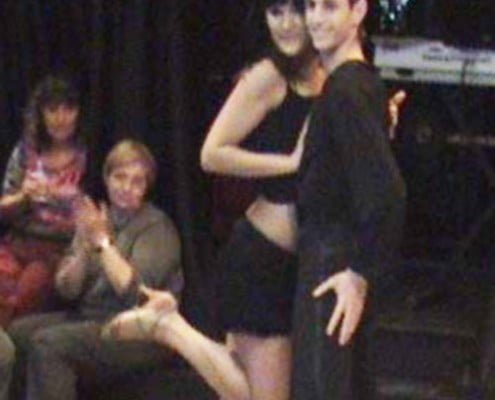 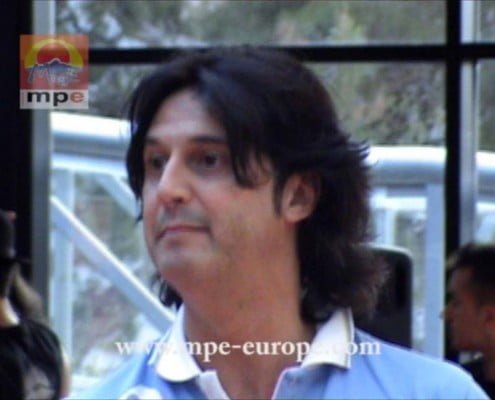 At Magic Dance Studio the objectives set and achieved were:

What is “MAGIC DANCE STUDIO”?

These 7 points define the project:

The dancers chosen were specialists in the various ballroom dances. They were selected through an exhaustive national casting process to obtain the right balance of quality and feeling between the dancing couples. Also required, apart from Spanish, was proficiency in other languages.

The project was established in eight of the hotels of the chain, and each hotel had its pair of dancers (a man and a woman) who were responsible for teaching the dance workshops.

For the development of the dance classes, three fundamental objectives were envisioned:

The curriculum was composed of eight choreographies of one and a half minutes each. Each one was created by Javier “Poty” Castillo so that learning them would be easy for anyone, and so that the students would be able to dance them in one or two days.

Once a week, a “Dance Day” is held in each hotel. On that day, apart from the dance classes, workshops and games, two of the dance couples perform in a brief choreographic show as a final flourish.

5. Dance Mini-Shows in the Hotels

As an internal promotional element for the great Gala Performance on Saturdays, which was held in the Ballroom Dance Room that the hotel chain created in the Excalibur Vacation Complex discotheque, and as an artistic animation event for the hotel, surprise dance exhibitions were given (by the Hotel Couple) at points of passage with large influxes of people.

The creation of a School website was proposed, to be lodged in the hotel chain website, where visitors would be informed of the types of dance being taught, how to register for classes, the instructors’ résumés, the Musical Show in the Castle, and the On-line Magic school; the site would also serve as a contact point for the customer with the school and the hotel. 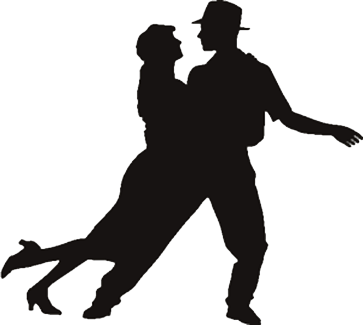 7. The Show, the Gala Performance and the Dance Contest

The public entered the Excalibur Complex discotheque, decorated to look like a dance hall of yesteryear. After welcoming the public, the master of ceremonies presented the great musical show, directed and choreographed by Javier “Poty” Castillo.

This show took the audience through the most famous dance scenes of musical film history.

When the show ended, the master of ceremonies kicked off the Dance Contest; the couples, which had been trained at the hotels and were duly identified with numbers, filled the dance floor and strove to show their skills. The members of the jury eliminated couples one by one by touching the dancers’ backs, until finally only three couples remained for the Grand Finale.

Those three couples competed among them by dancing a final number, and the couple that won the First Dancing Prize received a diploma and a commemorative plaque, a bottle of champagne and a beautiful bouquet of flowers.

In the aim of making his participation an added value in the project and not just a commercial name, we contacted with Javier “Poty” Castillo.

His involvement in the project was total. Not only did he contribute his name as a brand, but he personally assumed responsibility for the School as its artistic director, contributing the methodology and the choreographies he developed so that the guests of the television program could dance before the cameras after only three days of rehearsal.

Let this serve as proof of his great creative capacity: over the past three years, during which the “Look Who’s Dancing” program was broadcast without interruption, he created and directed more than 600 choreographies.

Javier Castillo, known as “Poty”, has become one of Spain’s most famous choreographers as the result of this participation in various televisions programs. Born in Torrelavega, he was quite young when he started his training in classical dance in his birthplace. After receiving his diploma in dance from the Real Conservatorio de Arte Dramático y Danza (Royal conservatory of dramatic arts and dance) of Madrid, Poty launched his professional career as a dancer in Spain’s Ballet Nacional (National ballet company) under the direction of Maya Plisetskaya and Nacho Duato.

His career path as a choreographer began when he directed Spain’s National Rhythmic Gymnastics Team, which succeeded for the first time in winning a World’s Championship in 1992 by interpreting one of his choreographies. From that point on he would focus his career on television, a medium he has worked in for more than 20 years. He has been responsible for many gala events and dance programs on regional and national channels. His popularity reached one of its highest points when he became an outstanding member of the staff of instructors and choreographers for the famous Spanish national television program “Operación Triunfo”. Poty was the dance instructor and choreographer for the program’s first season—the most successful one—after which he became the “alma mater” of the “Look Who’s Dancing” program produced by Spain’s national television network.

His role as a choreographer has not been limited to television. “Poty” has done the staging for the tours of such internationally famous singers as Enrique Iglesias, Chayanne, Miguel Bosé, David Bisbal, Paulina Rubio, Mariah Carey, Bustamante and Rosa López.