El Pasaje del Terror (The Haunted Mansion) brought to life a new concept in “terrific” entertainment at theme parks across the world. Developed in 1988.

Perhaps because it is one of the most intense emotions, it is also one of the most contradictory ones, since it is able to generate as much attraction as rejection, and that makes it a living thing, sought, feared, desired…something that the film industry understood and exploited very well.

Perhaps this introduction will contribute to a better understanding of the success of the “Pasaje del Terror”.

Terror contributes a completely different type of emotion, fully comparable to the feeling awakened by the great devices and mechanical attractions found in amusement parks.

Throughout the 20th century, the terror genre was represented by short trips in guided vehicles, and based on darkness and mechanical impacts. All the effectiveness these techniques and equipment had in their time gradually lost their power of attraction in the face of modernization, and young people’s demand grew for new proposals that would get them out of the role of mere passive spectators and offer them more participation and stronger emotions.

During the year 1985 we were studying and analyzing this matter in depth. Inspired by the typical “Haunted Houses” associated with the American Halloween celebration, and detecting their capacity for impact, which was much greater than the traditional attractions of the genre, we developed a concept and a pilot attraction that was called

This proposal, positioned as an attraction/spectacle, introduced three novel aspects:

More than 20 million visits testify to the success of this concept and its power of attraction, giving us an extensive experience in the relations and behavior of the public in response to the various stimuli in this sort of attraction.

The “Pasaje Del Terror” is a globally renowned scare attraction and an interactive and realistic horror experience. Interactive walk through horror show with live actors. The most famous characters from the horror genre come to life within the confides of The Pasaje Del Terror to produce a unique, terrifying venture where the public become…. THE VICTIM!

A theatrical setting arranged into 20 sets and with around 18 actors lurking in the darkness. This, combined with a wide selection of FX (sound, lighting etc) helps to create an absolutely compelling environment. Real actors make the experience even more frightening as they stalk and interact with you.

The “Pasaje Del Terror” is an extraordinary experience in which groups of around 8-10 people embark on a terrifying journey, without any guide, through a labyrinth of hair-raising shocks and surprises.

This attraction/show is not for the faint hearted (literally) and children under the age of 10 must be accompanied by an adult. The show is not recommended for women in the late stages of pregnancy, those with a heart condition or epilepsy sufferers.

Anthony Perkins, who in 1990 was awarded the special prize for his work in movies at the San Sebastian Film Festival, enjoyed great prestige and credibility as an actor linked with the suspense and horror genre. Perkins worked from 1991 onward with us, and admitted with embarrassment that the first time he visited the “PASAJE DEL TERROR” his hair stood on end.

“During my career, it has been my privilege to push movie audiences to the limits of fear. Now I want to take you beyond those horrifying limits. The time has come for ‘Pasaje del Terror’. I’m dying to have you over.”

Through OMEN (Orlando Monster Enterprise), our Orlando, Florida production company for “Terror on Church Street”, we contacted Anthony Perkins to do a promotional campaign for the “PASAJE DEL TERROR” in the U.S.A. After this experience, Perkins was fascinated by the “show” and immediately offered to collaborate with the “Pasaje del Terror“, offering all sorts of facilities and ideas, and contributing all of his knowledge of the genre.

His collaboration and experience were so positive that both parties were encouraged to boost this project by organizing a mass promotional campaign in Spain in which Anthony Perkins became the voice and image of the “PASAJE DEL TERROR”.

A small group of urban adventurers, always eager for new emotions, is about to take the absolute leading role in a boundless experience….

With the giggling that fear produces, they cross the threshold of the “Pasaje del Terror” hand in hand and, as if by (black?) magic, they are immersed in the Land of…Nightmares.

The most macabre and characteristic characters of the horror story take life and drag our audacious “victims” toward the climactic moment of their movies, through an unrepeatable plot played live.

Music and special effects endue the fantastic, hair-raising sets while our “heroes” progress through Freddy’s boilers, Dracula’s crypt, a sinister cemetery…. From weeping to screaming and from fright to panic, this attraction/show with active participation is a unique experience that transports the “leading characters” to the limits of fear.

The origins of the Pasaje del Terror go back to “Once upon a time” in a place called Mar del Plata where, in a sinister MANSION, the “Torreón del Monje”, a creative coven was held.

Great advertising and show business wizards, gifted with monstrous imaginations, distilled the essence of the wax museums, horror stories, movies, theater and special effects in a single attraction/show in which the public would participate actively and have a…horrendous good time.

The success of Pasaje del Terror was so extraordinary that it goes beyond the borders of fear in Spain. A new creative coven joined the great sorcerers from beyond the seas with the high priests of the new land. Together they cast a new spell and set off on a new path. This time they used an essential ingredient in the creation of supernatural illusions: magic converted into special effects.

In 1988 the first installation was assembled in Bilbao and the cornerstone was laid in a field that seemed inaccessible: the production of participative shows in Spain. Driven by the growing success of the attraction, the Pasaje del Terror spread to the most important Spanish cities.

The Latin American market was not forgotten: the “Pasaje del Terror” was taken to Mexico, where it reaped new successes; it would later extend to Guatemala, El Salvador, Brazil, Chile and Argentina, scoring unprecedented successes in all the countries.

But the Great Sorcerers decided to go even further. In a double mortal pirouette, “Terror on Church Street“, which is what the Passage is called in the USA, was launched in the American market. The attraction opened to the public in November of 1991 in Orlando (Florida), realizing the dream of all Spanish producers: the conquest of the American entertainment market.

For the first time, a European attraction—Spanish, in this case—competed successfully in the very heart of Disney territory, where it was a real bombshell.

“You’re going to move through a very dimly lighted labyrinth…whether you reach your destination depends on you, and you alone”

That’s the introduction to this show, which was conceived and designed as a labyrinth full of unpleasant surprises, with dark hallways leading to various gloomy rooms through which the participants pass without any kind of protection, becoming both leading characters and victims.

In every corner of this labyrinth, terrifying, fantastically set scenes are played out in low light and with perfect sound. These scenes are performed by live actors in the most characteristic, sinister roles from the movies and literature of the horror genre.

Bloodthirsty vampires, criminal minds, terrifying living dead, mad scientists, disquieting spirits, beings from beyond the grave, all in a fiendish atmosphere, are a tiny sampling of what lies hidden behind the entrance door to the Pasaje del Terror, which opens when its knocker sounds three times.

All in all, it’s a great adventure in which the main character is the bold visitor, and where the least brave can leave the premises at any time.

The route through the attraction is traveled in groups of eight to ten people. The first among them won’t want to continue, a worrying darkness looms before them; the last in the group will push the other members, gripped by panic, while they hear the sounds of terror advancing toward them. Some will turn their heads, although they will wish they’d never done so. And those in the middle of the group need not worry; they too will get their ration of panic….

Terror is served. All that remains is to enjoy it….

Everything that revolves around the Pasaje del Terror is invariably peculiar and different, with a hint of humor, such as its lost and found office. Thousands of objects have been found inside the attraction, from wallets, glasses and keys to false teeth, wigs and toupees, a glass eye, a brassiere (??) and…an orthopedic leg which was never claimed.

Figures of the stature of Anthony Perkins, Michael Jackson, Tim Burton, Gloria Stefan, Robert Englund (Freddy Krueger), among many others, have been some of the most illustrious visitors during their travels to Madrid. 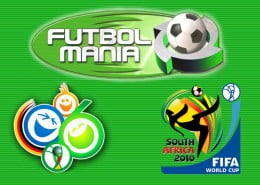